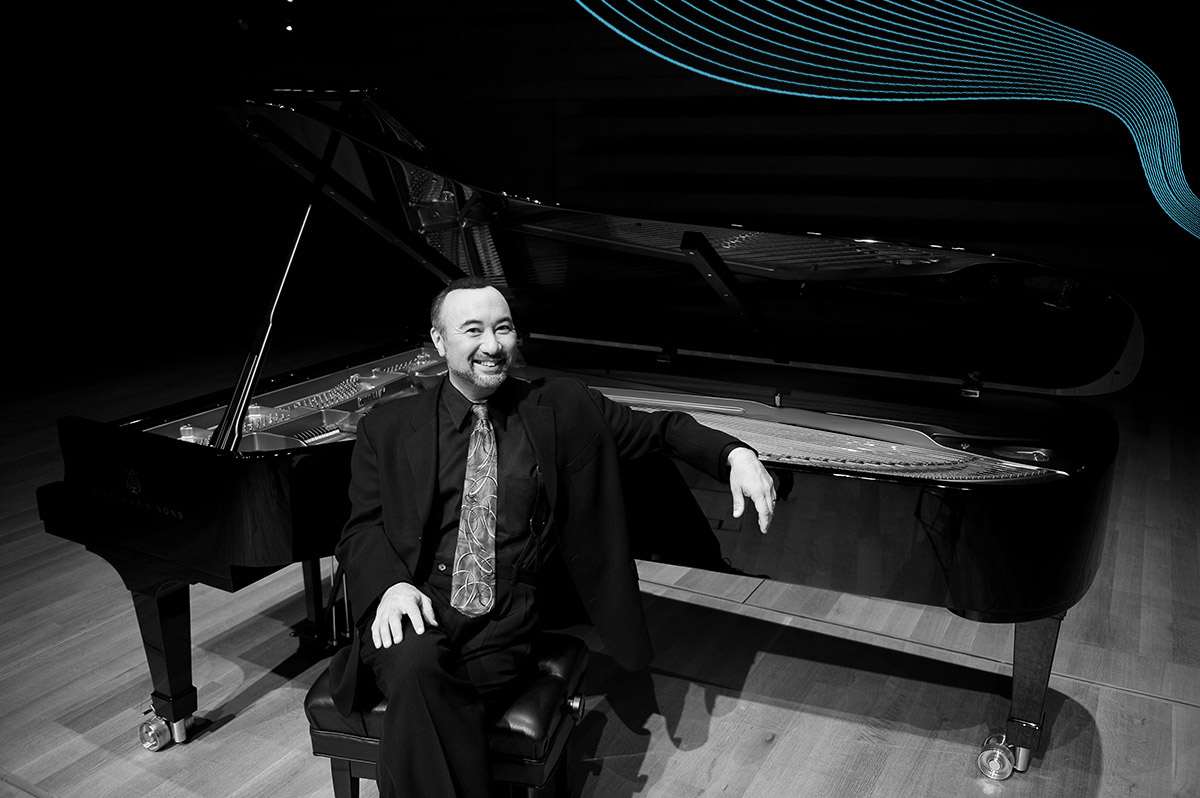 Tchaikovsky’s Piano Concerto No. 1 has a Looney side. The song appeared alongside Bugs Bunny in the 1943 animated short film, “A Corny Concerto.”

Márquez’s Danzón No. 2 was the main narrative musical piece in a short film by Mexican filmmaker Guillermo Ortiz Pichardo. Danzón No. 2 has also been featured in an episode of Mozart in the Jungle.

Celebrate the start of the Symphony season with this energetic and expressive program, featuring music that moves us!

First, internationally-renowned pianist Jon Kimura Parker joins the orchestra for Tchaikovsky’s Piano Concerto No. 1. Composed in the 1870s, Tchaikovsky’s Piano Concerto No. 1 is celebrated as one of the composer’s most popular works as well as one of the most popular piano concertos ever written. A founding member of the Montrose Trio, Parker has appeared as a soloist across the globe, including performances at the Kennedy Center, Berlin Philharmonie, and the Sydney Opera House.

The program continues with the “Ballet Suite” from Jules Massenet’s opera, Le Cid. Set in twelfth-century Spain, the opera was premiered in Paris in 1885. Massenet composed the “Ballet Suite” in seven parts, each celebrating a popular regional dance form, using rhythm and percussion to paint a picturesque and romantic image of Spain. The “Ballet Suite” has become one of the composer’s most highly-regarded works.

We close with Mexican composer Arturo Márquez’s Danzón No. 2 - an elegant and seductive tribute to the Danzón style of dance, which originated in Cuba and continues to thrive in Mexico. Born in Sonora in 1950, Márquez found inspiration in dance halls, composing a series of 9 Danzónes between 1994 and 2017. Danzón No. 2 grew in popularity after Gustavo Dudamel programmed the piece for his 2007 tour of Europe and the United States with the Simón Bolívar Symphony Orchestra.

Join us as we kick off another incredible season of live orchestral music and celebrate the many ways that music moves us!

WATCH:
Jon Kimura Parker’s Concerto Chat on Tchaikovsky's 1st Piano Concerto
Parker shares his experiences with this work, including his tale of a pesky insect that almost interrupted a performance at the Hollywood Bowl.
‍

WATCH:
Massenet’s Le Cid Opera with English Subtitles (Full-length Video)
The video will automatically begin at the “Ballet Suite” in Act II. Restart the video to watch the full 2 hours and 21 minutes.