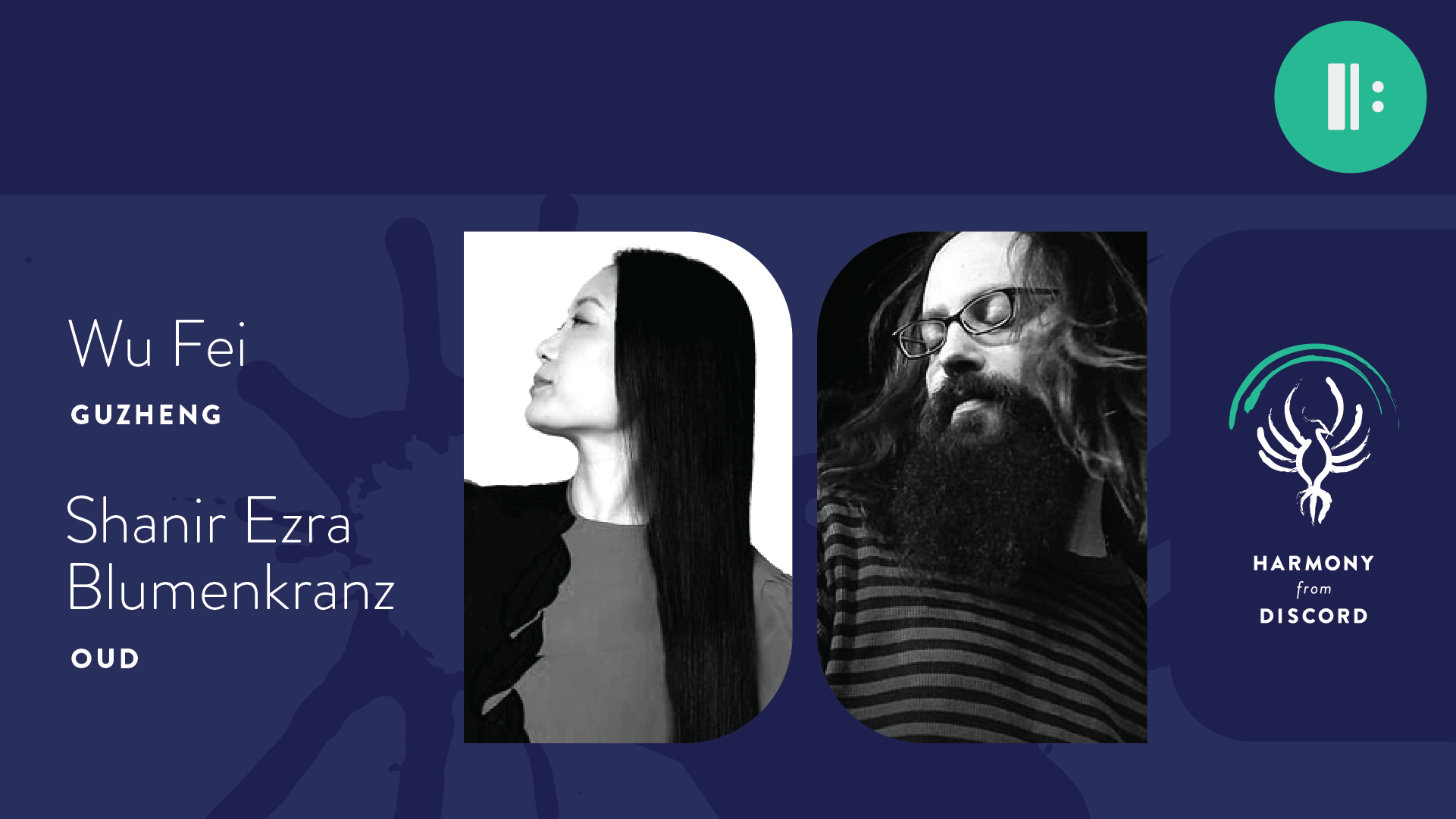 It seems fitting that our  eighth Harmony from Discord concert pairs two very different requiems, welcoming back local choirs, for the beauty of voices raised together in song. Wu Fei’s masterpiece, Hello Gold Mountain, explores the lost possibilities of calamitous situations, a perfect addition to our growing repertory of Harmony from Discord works. This and Mozart’s Requiem both include voice, solos, and orchestras, but in very different ways. Join us as we explore these similarities and differences and welcome choirs from Western Washington University and the Bellingham Chamber Chorale to join us!

We could not be more pleased with how popular and successful this series has been, and we know you will love this program as well.

Powerful: “... the intimacy and tenderness of the Recordare is devastating in its beauty, the Requiem's only vision of a world not wracked by pain or lament. It can't last, of course, but it's precisely because it's a fleeting glimpse of serenity that the Recordare is so shockingly moving.” ~ Tom Service‍

Beautiful: "There are choirs singing in your head. If you listen, you will hear the music. It is the song of angels." ~ Neale Donald Walsch.‍

Inspiring: Hello Gold Mountain is inspired by stories of WWII Jewish refugees who fled to Shanghai from Europe. Wu Fei says, “Imagine if the Jewish composers of wartime Shanghai had stayed there, collaborated with local musicians, and learned local folk music? Imagine if these composers became a natural part of the landscape for Chinese musicians? Imagine if this collaboration lasted for generations and not just a number of years. That did not happen. Hello Gold Mountain is my attempt to write music that I think could have come out of the fascinating cultural possibilities of the Jewish presence in Shanghai.”

"If Mozart did not write the end of the 'Requiem', it was a Mozart who did" ~ Author Unknown

Shanir Ezra Blumenkranz played with Yo-Yo Ma as part of the Silkroad Ensemble.

Mozart's widow Constanze was responsible for a number of rumors surrounding the work, including claims that Mozart received the commission from a mysterious messenger, and that Mozart came to believe that he was writing the requiem for his own funeral.

Western Washington University’s choirs have been selected numerous times to perform at regional conferences of the American Choral Directors Association.

The Bellingham Chamber Chorale was founded in 2003 and presents diverse, challenging and eclectic choral concerts to entertain and inspire our audiences.

Soprano Sarah Shafer was praised by the Philadelphia Inquirer for her, “crystalline sound, perfectly true intonation, glowing warmth, and total presence” and named “remarkable, artistically mature … a singer to watch” by Opera News.

Shafer debuted with the Metropolitan Opera singing Azema in the John Copley production of Semiramide, conducted by Maurizio Benini.

Mezzo Nerys Jones gained huge success during her time at English National Opera in London, perfecting her talent for playing “pants roles” a theatrical term for any role where an actress appears in male clothing, or any male character sung and acted by a female singer.

Nerys grew up in the heart of Wales, the country known as the “Land of Song.”

Tenor Brendan Tuohy sang several performances as Diomede in Cavalli’s rediscovered opera Elena with the Royal Opera of Versailles, l’Opéra d’Angers-Nantes, Opéra de Lille, and l’Opéra de Rennes after premiering it with the festival in Aix-en-Provence.

Baritone Charles Robert Stephens has sung at Carnegie Hall on numerous occasions with the Oratorio Society of New York. He also performs around the PNW with the Northwest Sinfonietta, Portland Baroque, Tacoma Symphony, and Seattle Symphony.

Dr. Ryan Dudenbostel’s engaging and informative Pre-Concert Lecture will take place at 2:15PM in the Walton Theatre. Doors open at 2PM and seating is limited, so please plan accordingly.